Pariaman (ANTARA) - A number of Sala Lauak traders, which are typical food of Kota Pariaman, W Sumatra, welcomed the plans of the local city government to make special packaging for snacks so that they could be brought as souvenirs.

"The Sala is delicious if it is served still warm. If it is fried in the morning, the evening is not good anymore, "said one of the traders at Gandoriah Nurseha Beach (42) in Pariaman, on Tuesday.

She said that because of these constraints, most of the sala lauak sold were only consumed by tourists when visiting Pantai Gandoriah and its surroundings.

Even though the tourists not only from W Sumatra, but also from outside the province starting from Jambi, Riau, and even Malaysia.

According to her with this potential, the typical snacks of Pariaman City and Padang Pariaman regency can be used as souvenirs for tourists for their families at home.

She said that the current sales of the sala lauak for ordinary days reached Rp. 300 thousand, but according to her the figure would increase if the Pariaman City Government's plan to make special packaging for sala lauak is realized.

Another sala lauak trader, Asnita (35) said that every morning she sold the snacks in Central Pariaman District with a selling price of Rp500 per month.

"In addition to selling directly, I also receive orders from residents who carry out weddings or celebrations," she said.

She said if the Pariaman City Government's plan to make special packaging is realized then she could increase her income because of wider sales opportunities.

Meanwhile, Mayor of Pariaman Genius Umar said that his party was working with a number of parties to create a special packaging for Sala Lauak, so that it could be a souvenir.

"We want the sala lauak to no longer be sold by small businesses but moving to the industry level," he said.

According to him, this could happen because a number of other regional snacks in Indonesia can be packaged as souvenirs, including Dodol Garut and Pempek Palembang .

If the packaging is successfully created, marketing can be done in the network by accessing the digital market called Pariaman Mall which is being made by the related agency. (*) 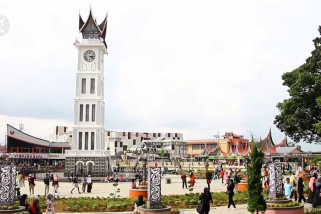