"Based on the data there are 3,571 workers in the tourism sector affected either in the form of work termination or laid off from February to May 2020 period," said Head of the Padang Tourism Office Arfian, in Padang, Sunday.

He estimated that in the February-May period lost the chance of transactions from hotels, restaurants and entertainment reached Rp174 billion because of these sectors stop during pandemic.

Meanwhile, loosing a chance of public transactions from the informal sector in attractions has reached Rp. 7 billion.

Loss of opportunity for public transactions from the cultural, studio and traditional arts sectors are estimated reached Rp981 million.

Arfian said that it would take extra effort to boost the tourism sector again after the conditions is normal and the pandemic ended.

However, he said, several preparatory steps have been prepared. One of them is venture capital assistance for affected business owners.

He said his side was waiting for Large Scale Social Restriction (PSBB) phase II end on May 29.

"If the conditions have begun to be safe, then it is planned that tourism activities will begin slowly," he said.

But he stressed to all parties such as hotels, cafes, attractions, and others are required to follow the health protocol.

He said that the important thing that needed to be done at this time was to ensure tourism's image remained good. 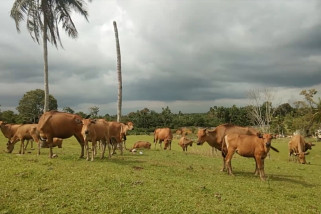