"The Siberut segment still has two-thirds of its energy, if it goes out at once it can cause an earthquake with a magnitude above 8.5," he said in Padang, Tuesday, responding to the earthquake that occurred on October 19, 2020 in Mentawai.

He reminded the people of West Sumatra, especially those in seven cities and districts on the coast that could potentially be affected by the earthquake and tsunami, to always be alert.

According to him, the return period of the Siberut segment earthquake after 1797 had not yet come out, except for only a third.

"The earthquake that occurred in the Sipora-Pagai segment could lead to the release of the potential for the Siberut earthquake, or not," he said.

Based on data compiled from the BMKG from October 10 to October 19, 2020, 10 earthquakes occurred in the Mentawai megathrust epicenter area with a strength below 6.0 and the highest with a magnitude of 5.8.

He explained that the epicenter of the earthquake was in the Mentawai megathrust in the Sipora-Pagai segment and on October 25, 2010 in this area there was also an earthquake measuring 7.4 which caused a tsunami.

"If calculated, since the last two years tens of earthquakes have occurred in this area and from research conducted by Prof. Kerry Sieh from Caltech and Danny Hilman from LIPI, it is known that the return period of the earthquake was very strong with magnitude 8.0 was 200 years," he said.

On the other hand, he explained that the Mentawai megathrust has two segments, namely the Siberut segment and the Sipora-Pagai segment.

"In this segment, scientifically a large earthquake will repeat itself in the next 200 years. So, in my opinion, the Sipora-Pagai segment can be said to be safe," he said.

Regarding why there are still several earthquakes with a strength of up to 5.0 in this segment, he explained that it could have occurred due to the push of the Indo-Australian plate at a rate of 6 to 7 centimeters per year where some of the energy was immediately out.

"I am sure, in this segment, a big earthquake will not occur in less than 100 years," he said. 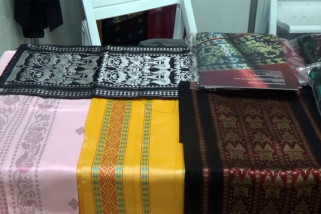