Pariaman (ANTARA) - Government of Pariaman, W Sumatra, developing a digital market to market local products in the area through online.

"Pariaman has many good craft and food products," said Mayor of Pariaman Genius Umar at Pariaman, on Wednesday.

He said that in order to maximize the marketing of these products, he made a digital market and it was in line with the current developments in technology.

According to him, by marketing local products which are produced by small and medium industries, it can raise the income of residents in their regions.

"Indeed, there are small and medium industries players at Pariaman who market their products online, but now we maximize them," he said.

He said the digital market not only sells Small and Medium Industries Pariaman products but also as a tourism promotion in the area.

"We will launch in the near future this website so that business people can use it," he said.

He said that in Pariaman Mall, there will be all handicrafts and authentic food made by small and medium industries players at Pariaman.

The handicrafts include gold embroidery, embroidery, shoes, caps, and mats. Whereas foods include ladu, kipang, and kripik. 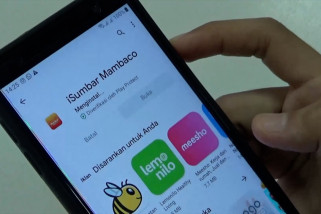