In April 2018, he said that the visits are dominated by tourists from Malaysia 3,523 people, Australia 284 people and United States 47 people.

He ensured that the number of foreigners arriving is gotten by immigration at Minangkabau International Airport Padang Pariaman and if it is previously from Jakarta or Medan it will be recorded at the arrival airport. (cha) 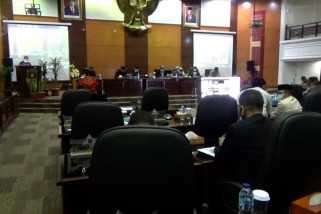