Padang (ANTARA) - The West Sumatra Hotel and Restaurant Association (PHRI) revealed 26 hotels in the province were temporarily closed due to the Corona Virus Disaese pandemic (COVID-19).

Chairperson of the West Sumatra Hotel and Restaurant Association (PHRI) Maulana Yusran said in Padang on Monday that the closure of a number of hotels had been gradually since the beginning of April 2020.

"I think there will be several other hotels that will soon close," he said.

He further said that a number of hotels were forced to close down operational activities due to the hotel occupancy rate dropped dramatically due to the pandemic COVID-19 outbreak.

He mentioned the closure of hotels spread across various regencies and cities in West Sumatra including in the City of Padang, Padang Panjang, Bukittinggi, Tanah Datar, Mentawai, and several other areas.

"In addition to hotels, some restaurants have also been closed. As far as I know there are currently four restaurants that have been closed," he said.

He acknowledged the closure of the hotel also had an impact on employees. At this time the hotel decided to lay off all employees temporarily.

" However, their salaries are not paid. Indeed, there are some hotels that still able to give the salaries for their employees but, not all hotels can do that," he explained.

Then he hopes the local government will see the impact of the closure of the hotel. For example the impact on the economy.

He further asked the local government to provide relief for the payment of land and building tax this year because there are no hotel will be able to pay it at the current conditions.

According to him, if the government only provides incentives with giving free of hotel and restaurant taxes for only two months, April and May. This incentives is useless.

"Because the problem is that despite the free hotel room prices, there will still be no customers staying at the hotel and the hotel chooses to close, of course we cannot collect taxes," he said. 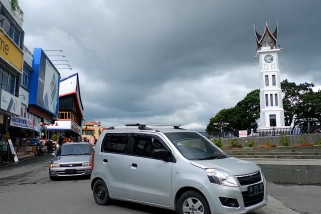