He also said the activity is one form of wealth and cultural diversity in the city of Padang, one of the Chinese culture.

Sincia Night market activities is nine times held in Padang City and the activities are always in order and safe.

"Therefore I protest if anyone says the level of tolerance in W Sumatera is low" he said.

The chief executive of Sincia Night Market, Chartly Gunawan said the activity is carried out by the Association of Ethnic Chinese families of eight Chinese clans in Padang and support by the Government of W Sumatra and Padang City, sponsors and supporters Other.

The event was also one of the preparation of the Chinese New Year on January 25, 2020 by selling quality groceries and cheap for all Chinese people and the general public in Padang.

"In addition to sharing cheap groceries, there are also some other activities such as traditional art activities that will be introduced in Chinese children, the selection of Koko and CiCi, and several other activities," he said.

There are also several types of culinary that visitors can enjoy directly.

Baca juga: This is the three main tourism events of Padang this year 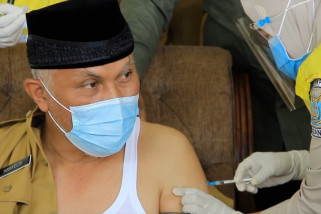