Batusangkar (ANTARA) - Traditional kawa daun coffee drinks from Tanah Datar District, W Sumatra are now present in the form of packaging in an effort to market the product on the market.

"We need to try innovation in marketing products. Especially nowadays the habit of the people prefers in a practical direction, "said Kamsia, manager of kawa daun coffee at Tabek Patah Batusangkar, on Saturday.

He claimed that since he was in the business of kawa daun coffee in 2008, until now the coffee was increasingly in demand by the community, not only at Tanah Datar and even W Sumatra. So that the demand for coffee also increases.

The most demand for kawa daun is from Agam Regency, Bukittinggi City, Limapuluh Kota and Payakumbuh City. At least about two sacks of roasted kawa daun have been sent to the area in a day.

"The four regions have regular subscriptions, but we need further marketing. We have also tried to market it with internet, "he said.

He hopes that kawa daun drinks will also be supported by the local government by making the traditional beverage into a regional MSME product, so that the beverage has its licenses and patents. Such as the business permit number from the Health Office and its halal signs.

While Salfanizar, one of the coffee leaf-taking farmers in the area, said the increase of kawa daun drinks was inseparable from the habits of people who like to consume coffee.

He admitted that in a day he could roast about 40 kilograms of coffee leaves and then process them into coarse powder which was put into the packaging. Processing is done using a blender.

"We don't have the tools to process large-scale kawa daun, for now we try a blender machine to destroy the roasted kawa daun," he said. (*) 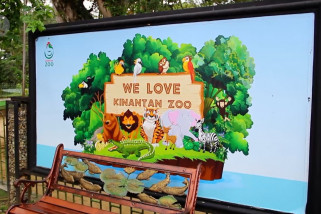