"Congratulations, Ombilin in Sawahlunto has been designated as a world cultural heritage site by UNESCO," Minister Yahya noted in a statement here on Tuesday.

The minister believes that Ombilin's inclusion in UNESCO's World Heritage List will make it easier to project and promote it as a tourist destination.

"This status holds significance, as it will be easier to attract investors and tourists to visit," he remarked.

Tourism development in Ombilin should apply the concept of 3 As -- attraction, access, and amenity -- as well as meet the global standard, the minister noted.

The Ombilin Coal Mining Heritage of Sawahlunto located in West Sumatra Province is one of the seven cultural sites added to UNESCO's list along with the Archaeological Ruins of Liangzhu City in China; Jaipur City in Rajasthan, India; Budj Bim Cultural Landscape in Australia; Dilmun Burial Mounds in Bahrain; Mozu-Furucihi Kofun Group: Mounded Tombs of Ancient Japan; and Megalithic Jar Sites in Xiengkhuang-Plain of Jars in Laos.

Built for the extraction, processing, and transport of high-quality coal in an inaccessible region of Sumatra, Ombilin was developed by the Netherlands colonial government from the late 19th to the start of the 20th century, with a workforce recruited from the local population and supplemented by convict labor from Dutch-controlled areas.

It constitutes the mining site and company town, coal storage facilities at the port of Emmahaven, and the railway network linking the mines to the coastal facilities.

West Sumatra Governor Irwan Prayitno, present at the Baku meeting, affirmed that it should be a matter of immense pride for the province's people that Ombilin was declared a world cultural heritage. 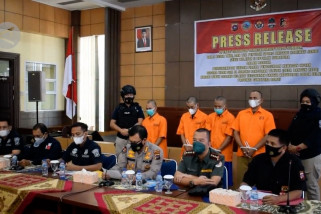