Batusangkar (ANTARA) - Residents in Tanah Datar Regency, West Sumatra, at the Salimpa and Sungai Tarab Districts, are worried about the cases of cinnamon theft in the area when the price of the cinnamon is high.

Radianda Putra (30), a resident of Jorong Mandailiang Nagari Tabek Patah, Salimpaung District, Tuesday, said that the cases of theft of cinnamon often occur in the local area due to high prices.

"The price of super dry cinnamon at the collectors level is currently Rp. 70 thousand to 75 thousand, this price is relatively high compared to the previous range of Rp. 65 thousand," he said.

He said the theft of cinnamon in Jorong Mandailiang occurred in a local resident's garden on a hill. The theft was not only in one place but also in other areas, even in Sungai Tarab District.

"The theft of the sweet skin is done by peeling it on the trunk. The wood is still there but the skin has been stolen," he said.

Meanwhile, one of the residents of Tanjung Baru Ilham (27) takes advantage of this moment by becoming a seasonal cinnamon boss.

With several members, he bought the cinnamon from local residents then sold the cinnamon that was bought to collectors.

Titin, (32) One of the cinnamon collectors in Batusangkar said that the price of cinnamon at the collector level increased by an average of Rp. 5,000 per type.

"That is the highest price or the standard price, we can buy below that price depending on the moisture content of the cinnamon," he said. 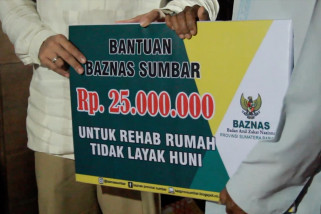