Dharmasraya (ANTARA) - The Government of Dharmasraya Regency, W Sumatra in 2020 obtained a Special Allocation Fund (DAK) of Rp3.5 billion to build tourism infrastructure in the area.

He explained the funds would be used. as much as Rp. 2.6 billion for infrastructure development in Pulau Sawah Temple, such as the art stage, culinary stage, souvenir stalls, and parking lots.

Then, in Taman Aero Sport Bukit Tambun, Nagari Sungai Kambut, Pulau Punjung District, Rp. 700 million was allocated for the construction of the mosque.

"Then the construction of a gazebo in the Sungai Nunyo bamboo forest park, Nagari Tebing Tinggi, Pulau Punjung District," he said.

He mentioned that the process of working on the DAK of the Indonesian Ministry of Tourism had entered the planning stage, and was targeted for a tender to be held in February 2020.

"We are planning, in the middle of February the tender will have begun and in early March 2020 the work will begin," he said.

He hopes that all facilities that will be built can support the development of attractions in the Dharmasraya Regency.

"We are aware that some tourism facilities are inadequate or even not available at all, and gradually and together we do the spirit of development," he said.

He mentioned the increased DAK this year due to the successful implementation of the Pamalayu Festival some time ago. (*) 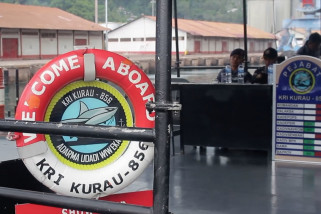