"With Syafridon following the prestigious event, it is a matter of pride for us," said local Nagari Mayor, Saparudin in Painan, on Wednesday.

He hopes that Syafridon will be able to achieve the best results in the championship so that it can bring Indonesia's name to the international level.

In addition he also encouraged that the young generation in the local village could follow the steps of Syafridon by also taking part in international events.

Meanwhile, Syafridon who also serves as the Regional Head of the Tapak Suci Regional of the Muhammadiyah Pesisir Selatan revealed that besides him, there were two other martial arts athletes participating in the event.

He added that the inclusion of athletes from the local area cannot be separated from the various achievements of the W Sumatra Province to the national level.

According to the information, the championship will be followed by Tapak Suci athletes from a number of countries such as Algeria, Timor Leste, Singapore, Egypt, Taiwan, Pakistan, Germany, Tunisia, Morocco, the Netherlands, Malaysia, and Lebanon.

The championship will compete for the M Barrie Irsyad Rotating Cup which is the founder of Tapak Suci and is also a professor of the martial arts college.

"The event will also be used as preparation for PON 2020 and Silat Goes to Olympic 2020 which will be held in Japan, so we are very motivated to show the best," he added. 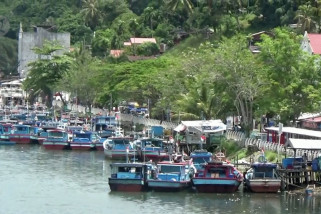