Pariaman (ANTARA) - The government of Desa Kampung Gadang, Pariaman Timur Subdistrict, Pariaman City, W Sumatra built a tourist attraction equipped with a water wheel with a budget of around Rp205 million from the 2019 Village Expenditure Budget.

"Next year we will budget again so that this tourist attraction can be quickly completed," said the chief of Desa Kampung Gadang Amri Maldi in Pariaman, on Sunday.

He said the idea emerged during a village development planning meeting and at the same time supported the Pariaman City Government to establish a tourism village in the area.

He detailed that hundreds of millions of funds were used to buy an iron water wheel worth Rp. 80 million whose use was not only to flow through the paddy water in the village and also to increase the attraction of the tourist attraction that was being built.

Meanwhile, Rp 125 million was used to build a road around a pond which would later be used as a duck boat.

While preparing a new tourist destination in the City of Pariaman, his party asked for help from the central government through village-owned enterprise(BUMDes) to build fish cages.

"Later, we will make a rice shop specifically for freshwater fish, tourists can choose which fish to eat and we cook it," he said.

He believes the tourist attraction that is being built will be visited by many tourists because in addition to the concept offered as well as an easily accessible location that is close to the By Pass which is widely crossed by drivers from Padang-Pasaman Barat.

"It is time for villages to use village funds to be financially independent.

Baca juga: The best tourist attraction in Pariaman will be promoted in TdS 2019 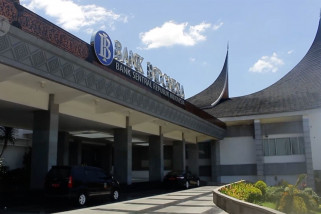