Batusangkar (ANTARA) - The government of Tanah Datar District, W Sumatra has built a culinary and souvenir stall in the Istano Basa Pagaruyung tourist attraction to boost tourist visits to the area.

"Work has begun with an allocation of Rp2.5 billion in funds," said Tanah Datar's Head of Division of Tourism, Efrison in Batusangkar, on Tuesday.

He said the Istano Basa Pagaruyung attraction is a leading tourist destination visited by many foreign and local tourists, so the quality of services and buildings needs to be improved.

For the construction of souvenirs, culinary stalls and guardrails of tourist attractions, the local government has prepared funds from the Regional Budget (APBD) and the Special Allocation Fund (DAK).

He said the souvenir building will be filled by local crafts for visitors to buy as a memento. Like miniature Rumah Gadang, miniature Pacu Jawi, and others that are identical with Tanah Datar.

"As for the culinary kiosk, it will provide food and beverages typical of Tanah Datar and accommodate MSME products from the community," he said.

The building is expected to be able to boost the community's economy as visits increase.

"The two projects are still in the auction stage, but strived as soon as possible. With the current gate conditions, it is very dangerous for visitors to cross the street, "he said. (*) 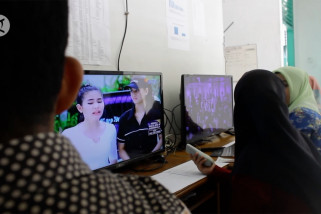