Padang (ANTARA) - Hunting sea turtle eggs that are rumored can be a powerful medicine has affected in a decline in the population of sea turtles such as hawksbill turtle, olive ridley turtle and green turtle on the coast in W Sumatra and if conservation efforts are not carried out it could have an impact on extinction.

Head of Technical Implementation Unit (UPT) of Conservation and Supervision of Marine Resource, Irwansyah Yan, through head of Conservation Section Sani Ikhsan Putra in Padang, said on Tuesday that he was forced to buy the turtle eggs from fishermen for Rp3,150 / item for incubation, after the baby turtle enough old and strong, they will be released on the beach.

"We have prepared adoption money to buy the turtle eggs, some of the eggs have escaped and are sold in the market by fisherman," he said, while explaining that some fishermen prefer to sell turtle eggs to consumers.

The sea turtles conservation activity has been running in the past few years which was previously managed by the district / city, but now it has been handed over to the conservation and supervision UPTD. Currently turtle eggs are incubated in UPTD Pariaman, Padang and Pesisir Selatan.

He stated that sea turtles usually lay their eggs on a gently sloping beach. This habit is known by fishermen and they wait for the turtle eggs. "Turtles lay eggs depending on the season. When there are abrasions and big waves they hold back or rarely lay eggs," he explained.

In order to stop turtle egg hunting, he has formed a surveillance team and sanctions for fishermen who are still taking turtle eggs.

Turtle eggs and turtle meat sometimes contain poisons from food. Usually sea turtles consume coral and jellyfish, but if the condition of the beach and waters is polluted, they will difficult to find their foods and they will eat anything food from polluted waters

In this location there are various types of turtles that are incubated. Since 2009 this place has bred about 30,000 sea turtles. After captivity phase, most of the turtles are released into the sea.

The UPTD Pariaman Turtle Conservation Center has several facilities that can be visited by visitors such as the turtle nesting incubation room, hacthery and quarantine room. The manager also provides information space for visitors who want to find out more information about the turtles in this conservation center.

Besides functioning as a conservation center, the place is also one of the attractions of eco-tourism. Not only tourists from Pariaman and Padang in general, but foreign tourists also make this sea turtle conservation as a tourist destination. 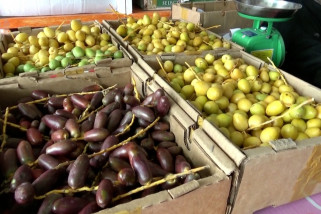