Divison Head of the Fisheries and Food Security Office, Solok Selatan, Denni Tri Putra in Padang Aro, said on Wednesday four types of local fish that will be bred are bawuang, kulari, malagung and lampam.

"This fish will be returned to its habitat, which is the river, after the children are produced, we will distribute it to ‘lubuk larangan’ (a place to protect the fish) group," he said.

He said, currently for Malagung fish parent stock there are already four and Kulari there are eight that are now in the Central Seed Center (BBI) Bariang.

Whereas for the type of bawuang and lampam there is no parent and it is still looking for it.

"Malagung and Kulari broodstock are obtained from farmers and for Bawung we will buy this type from Jambi," he said.

At present, he said, Kulari fish is very hard to find and this type of fish is much sought after because the eggs are more delicious than the meat.

He said last year there were one thousand Kulari brooders and their children around one thousand and had been distributed to “lubuk larangan” at Bariang.

"Malagung babies fish are separated and their babies are distributed to ‘lubuk larangan’ because their habitat is in the river," he said

In addition to these four types, Solok Selatan Regency Government has developed first the local types of gariang fish and now there are 110 brooders. 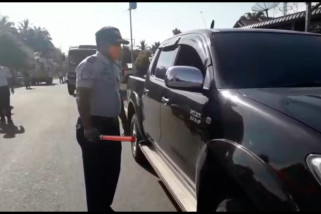