"Initially, soy milk was for personal consumption only. "I learned it from one of the soybean milk producers who came to the school where I taught at Vocational High School number of 2 Solok City in 2000," said the owner of the soybean beverage business, Ermayusni in Solok, Tuesday.

After returning from school, she made soy milk with ingredients about one kilogram of soybeans, plus vitamins, protein, minerals, fiber, elastic fibers, and mixed them all and roasted at home, and then dried for a minimum of three days.

According to her, her interest in consuming soy milk, because there are many benefits ranging from cancer cure, rheumatism, for relieving fatigue, lack of stamina, and others.

"I had uterine cancer at the time, even had to undergo treatment to surgery, and I tried to consume soy milk. "In a short time I can move again," she said.

When anyone is interested in soy milk, Erma tries to produce soy milk in a small amount that is producing 10 kg of soybeans, with the contents of 200 grams per sachet for IDR. 8000. On the first sales, her income reached IDR. 50 thousand.

Then, ordering soy milk began from many friends in various regions, such as Pasaman, Bukittinggi, Payakumbuh, Padang, and Alahan Panjang.

Then in 2015 she made a derivative in addition to soy milk which is making Sari Talang oil for IDR. 15 thousand with a size of 60 ml. Then Herbal Powder for IDR. 10 Thousand with the contents of 50 grams.

Entering 2015, there was an increase in sales of oil and powder of around 500 bottles for 2 months. Soybean milk-derived products begin to have a variety of flavors ranging from chocolate, green bean milk and ginger.

Every day sales continue to increase, if calculated the income reach IDR. 10 million per month. 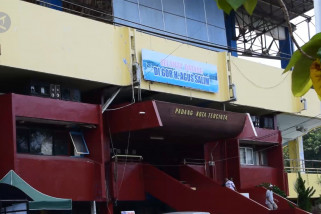