Padang, (Antaranews Sumbar) - The Natural Resource Conservation Agency (BKSDA) of West Sumatra will record the population of one of protected animals and become the rare namely the great argus (Argusianus argus) which exist in that province to know its number and breed, Head of Regional Conservation Section II of West Sumatra BKSDA, Eka Damayanti stated.

Eka Darmayanti in Padang, Tuesday, explained, based on observation and surveillance camera, the bird which becomes the mascots on National Press Day (HPN) in 2018 still widely found in Barisan Hills and Agam District.

"Generally, the animal population exist in all West Sumatra area," she said.

Besides, for hunting and protected bird trading based on Presidential Regulation Numb. 7 Year 1999 in West Sumatra, BKSDA recorded almost there is no case.

Through the college, research institution and Civil Society Organization in environmental field, it is certainly better because there are people who are competent and experienced.

"We will coordinate to record the great argus," she said.

Nowadays, the plant of West Sumatra identity is not widely known especially for young generation, so that this discourse can be the education for next generation, she stated.

The characteristic of the great argus such as big size and the weight reached 10 kilometer. The long of male great argus can reach two meters and has long tail feathers. While the female great argus has the body size around 75 centimeters. (cha) 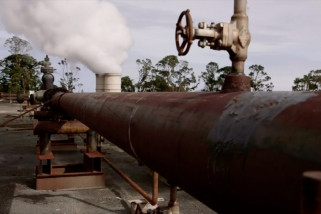